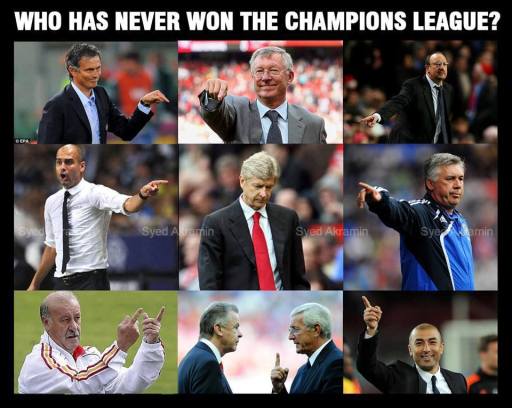 We’re 11/38’s through the EPL season. 11/38’s! That’s a non reducible fraction for you mathematics out there. The season has been chalk full of narrative, the likes of which we haven’t seen in ages. We have no more than 8 teams within 6 points of the EPL lead, we’ve said goodbye to a fascist in Paolo Di Canio. We’ve said hello to a Southampton side who combine a destructive high pressing line with English attackers with foreign names (Jay Rodriguez, Adam Lallana). Jose Mourinho has returned to Chelsea and has evoked memories of Fat Elvis in Vegas, while we have numerous contenders displaying flaws that could derail a title winning campaign:

1. Relying on a rapidly aging Lampard to be a defensive holding midfielder

1. Their midfield at times can resemble a pile of S*** though their performance against Arsenal might give United fans hope that Moyes was simply reading the United Manual in French instead of English

2. A past his prime Vidic and the Artist Formerly Known as Rio Ferdinand have been the go to CB combination while Phil Jones is increasingly looking more and more like the English David Luiz.

3. Ashley Young’s only above average attribute as a footballer is diving

1. Joe Hart has gone to the Marc-Andre Fleury school of goalkeeping

2. Their CB depth is secretly thin

3.Their SH% will drop (more on this later)

1. Despite being on top of the table, their total shot ratio is the 2nd lowest of the top 10

2. They are lacking in defensive midfielders, putting a lot of faith in Arteta and Flamini to do the job

1. They play like Barcelona except instead of having Messi/Xavi/Iniesta/Neymar, they have instead Soldado/Townsend/Dembele/Paulinho

2. One reason for the putrid offensive production for Tottenham is the lack of width that they have on the pitch. Townsend’s habit of cutting in on the wing and taking long range shots have played a part in their low SH%’s

3. AVB has the same regard for concussions as Randy Carlyle.

We’re 28.9% of the way through the EPL season, giving us enough of a sample size to trot out some “advanced” stats for your favorite team. Metrics like TSR (Total Shot Ratio) and PDO (SH%+SV%) are starting to emerge in the mainstream, trying to remove the term “Advanced” for metrics that aren’t really advanced at all. So where does your team sit during this International Break?

So that’s the table for the 11 games. Want to see Home/Road splits? Of course you do:

1. My god, City’s SV% on the road is the worst in the EPL, helping the Noisy Neighbors sport a below 800 PDO. While their form at home will regress a little, they should bounce back strong on the road if Joe Hart can give them competent goalkeeping/better karma (luck)

2. In general, teams have performed much better at home than on the road. We have 5 teams crack .600 or better TSR’s at home compared to just two on the road. I’m not sure if it’s supposed to be this slanted in terms of shot dominance but so far it has.

3. I don’t want to rag on Fulham much, but they’re sporting a near 50% Shooting % on the road, the highest in the EPL. Their shot ratio is absolutely terrible on the road. Their next 4 on the road is at West Ham/Norwich/Hull/Arsenal, teams that have generally done decently at home

4. Southampton have ascended substantially from their form last yr. They have been dominant at home and though their PDO is well over 1000, their form at home anecdotally has been beautiful on the eye. 4 of their next 5 matches are against Arsenal/Chelsea/City/Newcastle, giving us the opportunity to see how that high pressing line does against sides that generate lots of Final third touches and shots.

So there you have it. 11/38’s of the season has finished. We still don’t know much other than this: This season so far has been fucking awesome.

Marseille supporter, #FancyStats supporter. Troller of all things Twitter. I write words and hope they make me sound SMRT
View all posts by Moesquare →
This entry was posted in English Premier League and tagged 11/38, PDO, TSR. Bookmark the permalink.