Riding off of a 5-0 shellacking of Aston Villa, Arsenal traveled a small distance to their arch rivals Tottenham the week after. The second North London derby of the season came to a dramatic close, with goals coming from Mesut Ozil on a fantastic touch in the 11th minute and, arguably the best striker in the Premier League to many (yeah, let that sink in) Harry Kane (grrr) scoring both goals in the 56th and 86th minutes, which will be explained later on in this post.

Mauricio Pochettino went with his oft used 4-2-3-1, the back four consisting of Danny Rose, Jan Vertonghen, Eric Dier and speedster Kyle Walker. Ryan Mason, whose first league start this season was in the first North London derby, doubled up with Nabil Bentaleb. Christian Eriksen was out on the left, with Moussa Dembele in the center and Erik Lamela on the right. Finally, Harry Kane up front as the lone striker.

Without Alexis Sanchez, far and away Arsenal’s best player so far, Arsene Wenger implemented a 4-3-3, with Mesut Ozil at left wing, Olivier Giroud up front and Danny Welbeck on the right, the trio of Santi Cazorla, Francis Coquelin and Aaron Ramsey in the midfield and with the center back doublet of Laurent Koscielny and Per Mertesacker, along with Nacho Monreal and Hector Bellerin as the fullbacks.

Yeah, the header pretty much says it all.

Despite the early first strike from Ozil, Arsenal’s inability to keep consistent possession throughout the game bit them in the ass. Wenger’s newfound tactics of sitting back at big away fixtures, soaking up pressure and hitting the opponents on the counter worked early on, but the Gunners couldn’t deal with Spurs on the day.

Mauricio Pochettino’s pressing tactics, brought with him from his Southampton stint, sure as hell held up in this game. Immensely.

So immense that Santi Cazorla’s name was barely even brought up. Aaron Ramsey would be brought up whenever he turned over possession and Francis Coquelin performed a lot better than the two combined. But as hard as Coquelin was trying to maintain the base of the midfield, Spurs’ counter attacks were just too much. They ensued via Cazorla/Ramsey turnovers, with Nabil Bentaleb and Ryan Mason being the culprits capitalizing as the full blown engines of Spurs’ counters.

Tottenham owned possession in the first half 67-33 and 56.7-43.3 for the whole game, and while I was watching this game, it seemed like the possession margin should have been bigger. Of course, Harry Kane got man of the match for his two goals, but Nabil Bentaleb’s set up of Kane’s second goal and insanely high work rate got the nod for my man of the match. Take a look at his touches along with the touches of his partner at CDM, Ryan Mason.

Bentaleb and Mason were the two touch workhorses this game.

Tottenham ran over Arsenal on the flanks, with Danny Rose going haywire everywhere he went on the left and Kyle Walker doing the same on the right. The left flank was the most frequently attacked side, being attacked 35% of the time and the right being attacked 33% of the time. Rose even got a couple of shots off, one of them going just wide of David Ospina. With Walker and Rose’s pace came the deluge of Tottenham’s set-ups for opportunities in the attacking third.

The combined heat map for Rose and Walker. (Spurs attacking left to right)

Don’t get me wrong, David Ospina had a fantastic performance. He made many vital, cracking saves. He did keep the Gunners in the game. Having said that, and I know he’s not trying to not intentionally parry the ball into opposing attackers, but boy, he almost pushed a save right into Harry Kane’s boot for an almost easy tap-in. Again, fantastic performance from Ospina. He was already on the ground after his initial save on Moussa Dembele’s header that was poached in by Harry Kane. That was a pure split-second reaction stop he had to tip away; it just so happened to be right to Kane that the defense couldn’t pick up. Free pass.

As an Arsenal fan, it sure was disheartening seeing them lose, but man, Harry Kane continues to shred pitches. Somebody starts up a “Best Premier League Striker” debate and Kane will be one of the first guys to be mentioned in the conversation. Dude is brilliant. There was nothing David Ospina was able to do but watch when Kane headed his second, game-winning goal into the top left corner in the 86th minute.

22 goals in all competitions, 12 goals in the EPL. And to make it even weirder, Woy Hodgson was in attendance for this game. If Woy doesn’t call this man up to the England squad, then place your bets on Paddy Power for next England manager…well, maybe, just maybe. Another fantastic English young gun to add on a list with Saido Berahino, Charlie Austin and Danny Ings. I tell ya, Woy’s got options up front (but he will probably play Wayne Rooney).

I only wanted to see you bathing in the Purple Kane. 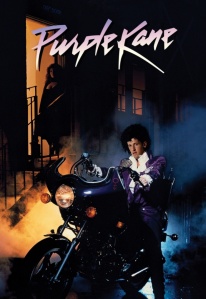 You wonder why people have such colossal disdains for Arsenal fans. Being one is tough because of this fucking guy. But football fans, no matter if you’re a Gooner or not, already knew that many, many tweets ago.

Harry Kane wouldn't get on our bench. #afc

This entry was posted in Uncategorized. Bookmark the permalink.