Why Liverpool won’t be this year’s Tottenham 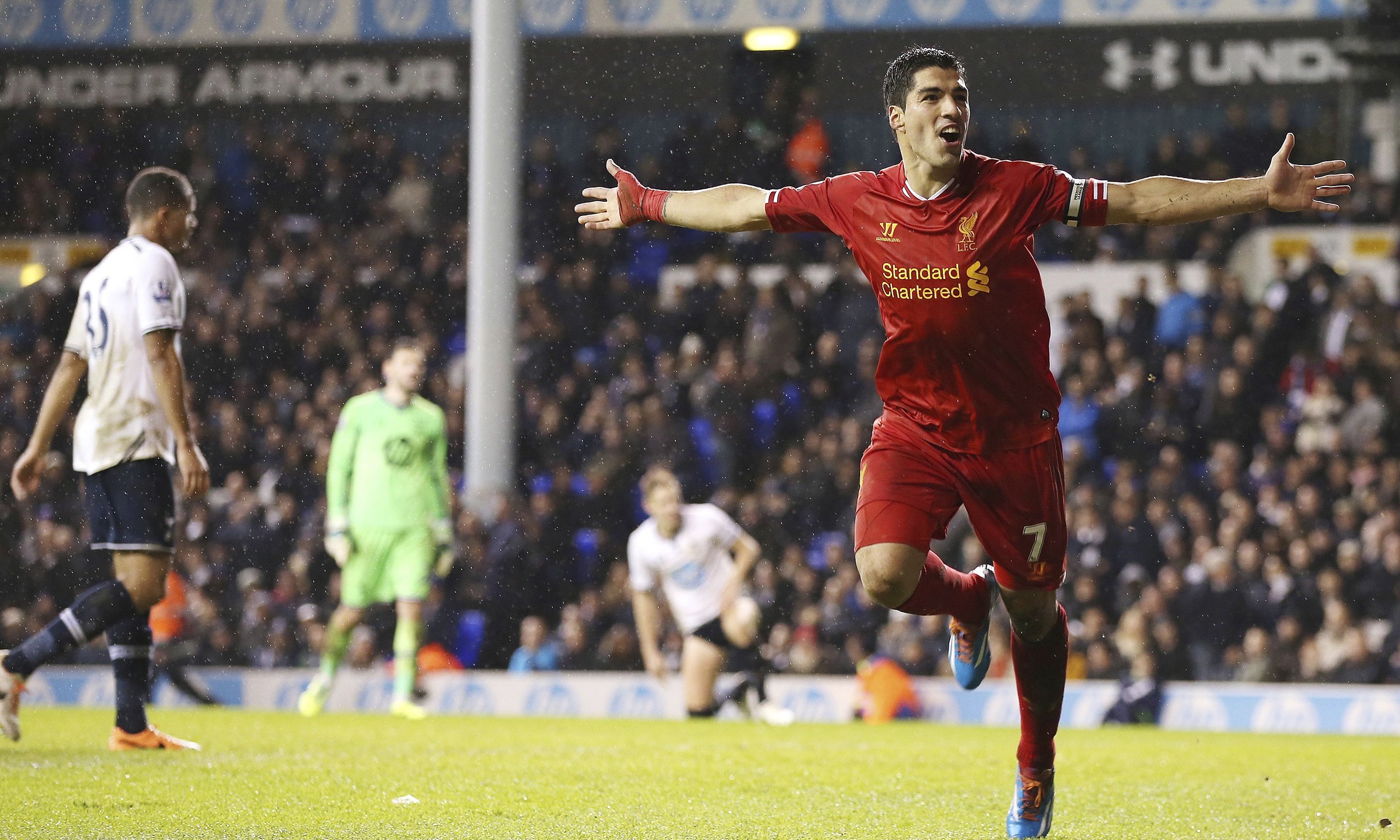 The first difference is Gareth Bale was much more important to Spurs in terms of contributing to goals than Suarez. In the 2012-13 season Tottenham scored 66 EPL goals. Bale was responsible for 30 of the goals, either by scoring or providing the assist. The second biggest contributor to Tottenham was Jermain Defoe, who had 11 goals and four assists, or half of what Bale brought to the table.

Last season Luis Suarez was responsible for 43 goals out of Liverpool’s 101 goals. Meanwhile, Daniel Sturridge contributed 28 goals, about a third less than Suarez. It should be noted that Sturridge also did this in seven less starts than Suarez. Mr. Slip himself, also known as Steven Gerrard, also had 26 goals he scored or set up.

Despite his hilarious slip, only Sturridge and Suarez were responsible for more Liverpool goals than good old Stevie G.

While Suarez was obviously crucial to Liverpool coming a slip away from the title, Bale was more important to Tottenham when you consider who was scoring goals other than him. I mean c’mon, Jan Vertonghen was the fourth top scorer for that team.

Additionally, Brendan Rodgers is a much better manager than Andre Villas Boas. He managed to turn Sturridge, previously someone who reeked of unreached potential, into one of the Premier League’s top scorers. He also made two pieces of smart business in the purchases of Coutinho for £8,500,000 and Sakho for £15,000,000.

Rodgers led Swansea to Premier League promotion and an 11th place finish with a side that was a popular pick for relegation before leaving his Welsh side for Liverpool.

Brendan Rodgers also helped harness Steven Gerrard’s meandering runs. For most of his England and Liverpool career, Steven Gerrard was the prototypical English midfielder: a very intense runner who tried very hard and played a lot of gung-ho football. Needless to say, those aren’t the type of qualities you need in your defensive midfielder, which Gerrard hypothetically was last season. This piece highlights a lot of the ills of Steven Gerrard, (and is really quite funny) but of note to our discussion is this:

At the age of 31, shorn of the ability to run around like a total idiot for 90 minutes, he suddenly understood that football has become a precise game of positioning, technique and speed of thought. The last two seasons under the management of Brendan Rodgers have seen the Liverpool captain become a good deep-lying playmaker. As long as he has two runners alongside him, he has time to make a decision and use his now reliably accurate long-passing to dictate games.

Villas Boas’s Powerpoint presentations are great, but I’m not so sure he could have mustered that type of performance from Slippy. AVB did not help a player reach his full potential nor were any of his transfers that particularly intelligent.

Under the guidance of Rodgers, and with a few additions on the defensive side of the ball, Liverpool can weather the storm of losing the hurricane of offense that is Bitey McRacist. They may slip, but they ain’t gonna Spur.

Losing Suarez won’t be easy Liverpool. But they won’t be this year’s Tottenham.

Journalism student at the University of Maryland and an editor at The Diamondback, our independent student newspaper.
View all posts by Jordan Katz →
This entry was posted in Uncategorized. Bookmark the permalink.