Posted on January 18, 2014 by Doctor Impossible

In September of last year, I tweeted that I thought that Luis Suarez was the best player in the Premier League. While that doesn’t sound like heresy now, it really was in September as it was a forgone conclusion that Robin Van Persie was that guy. It was Robin Van Persie who led Manchester United to the title (easily, I might add) while Suarez’s Liverpool were in 7th place. So obviously, RVP was better. Which brings me to this.

While I don’t contend that RVP’s contribution to his squad makes him the most valuable player in the EPL, he was by no means the best. Want proof? Ask a United fan.

The same United fan who will spew all sorts of stats about RVP’s 2012-2013 season will always discredit RVP’s best season, which was the year before when he was playing for Arsenal. That year? RVP was the best player in the league. However, that year Arsenal didn’t win the title so RVP was crap (or at least he was to the United fan). But I digress.

The main point of this is to show that the most valuable player is not always the best player in the league. While he would be in most cases, it is not mutually exclusive.

I could give you examples from other sports, namely basketball, where in the six years Michael Jordan won a championship, he was MVP four times (he lost out to Charles Barkley in 1993 and Karl Malone in 1997, then went on to destroy them in the Finals) or in the 2011 season, when LeBron James lost out to Derrick Rose then shut him down in the conference finals, but this is a football blog.

And thankfully, we have the great La Liga, a shining example of what life COULD be like if we separate the two. (I kid. La Liga should not be emulated, except in playing style. The league is a mockery.)

This year, and for the first time ever I might add, the great minds of La Liga decided to create a new award, the MVP. Not content with having the Best Player award (or as an effort to get Cristiano Ronaldo to show up), they decided on creating a new award that relied on statistics (such innovators!), La Liga’s Most Valuable Player award. Ronaldo won that.

“It is an honour and privilege to receive this great award for the Most Valuable Player — it motivates me to keep working harder,” Ronaldo said. “I am proud to be in the Liga BBVA. For me, this is the best league in the world and I am at the best club in the world. How could I not be happy? Hopefully next year I can win the award for the best player.” 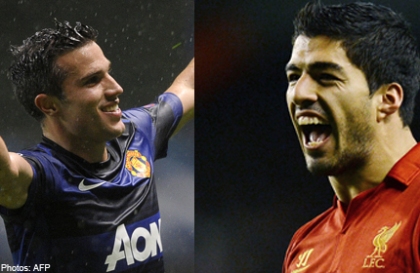